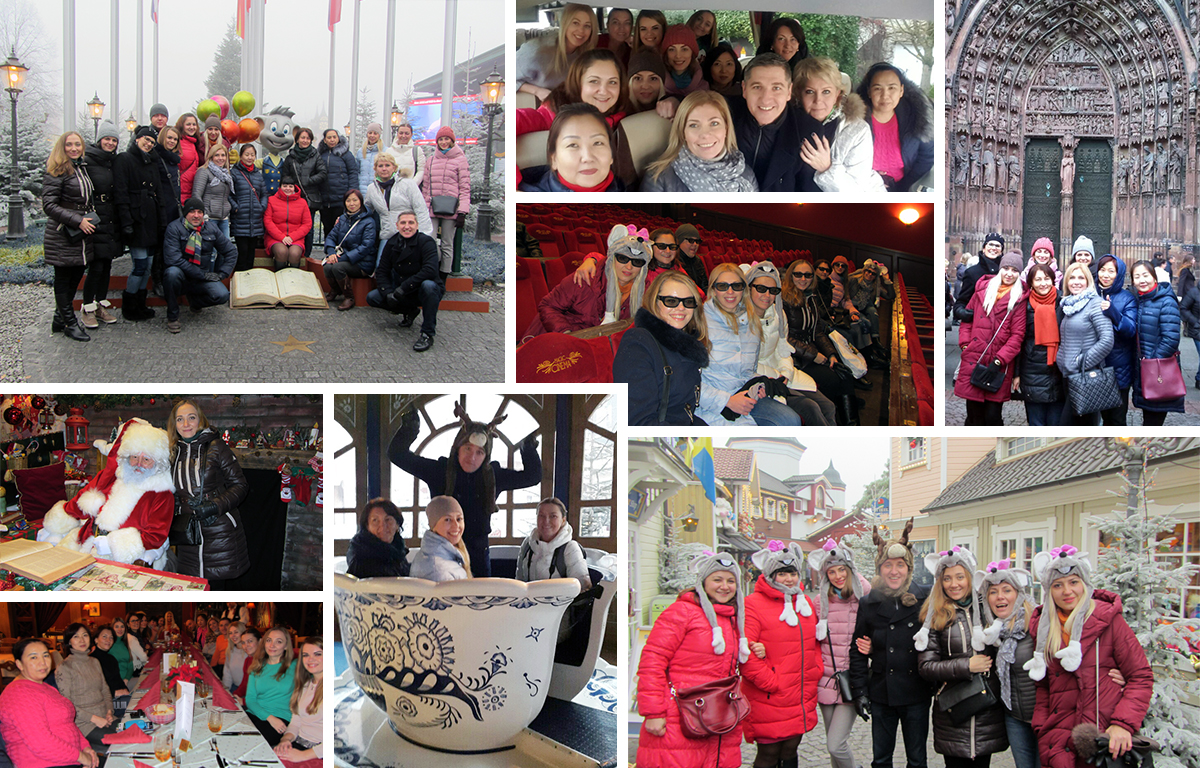 A bright, enchanting and rich of impressions tour of Alpen Pharma’s Group sales champions took place in the colorful cities of France and Germany on December 5th – 8th, 2016.

The famous and unsurpassed baths of Baden-Baden, the breathtaking attractions of Germany’s largest amusement park “Europa Park” in Rust in Baden-Württemberg federal state, an unforgettable beer putsch in the “Löwenbräu” restaurant with shank and sausages, water races on a ship along the Rhine River with a stop in Strasbourg, a gourmet dinner at the French restaurant “Alte Mühle” in Lauterburg, and many other events whirled the travelers in a whirlwind of a kaleidoscope of joy. And all that adventures were accompanied by a fragrant Christmas aroma of pine needles, cinnamon and citrus fruits, filling with powerful energy and inspiration. These three magic days have given the Alpen Pharma’s Group sales-champions a lot of strength so that they are ready to set ambitious plans for themselves and conquer even higher peaks again!